The incubation period, that is, the time interval from infection with the virus to onset of symptoms is 2 to 21 days. Humans are not infectious until they develop symptoms. First symptoms are the sudden onset of fever fatigue, muscle pain, headache and sore throat. The fever is usually greater than 38.3 °C. This is followed by vomiting, diarrhoea, rash, symptoms of impaired kidney and liver function. Laboratory findings include low white blood cell and platelet counts and elevated liver enzymes.


In some cases, internal and external bleeding (e.g. oozing from the gums, blood in the stools) may occur. This typically begins five to seven days after first symptoms. All people show some decreased blood clotting. Bleeding from mucous membranes or from sites of needle punctures is reported in 40–50% of cases. This may result in the vomiting of blood, coughing up of blood, or blood in stool. Bleeding into the skin may create petechiae, purpura, ecchymoses, or hematomas (especially around needle injection sites). There may also be bleeding into the whites of the eyes. Heavy bleeding is uncommon and if it occurs is usually within the gastrointestinal tract.

Recovery may begin between 7 and 14 days after the start of symptoms. Death, if it occurs, is typically 6 to 16 days from the start of symptoms and is often due to low blood pressure from fluid loss. In general, the development of bleeding often indicates a worse outcome and this blood loss can result in death. People are often in a coma near the end of life. Those who survive often have ongoing muscle and joint pain, liver inflammation, and decreased hearing among other difficulties. 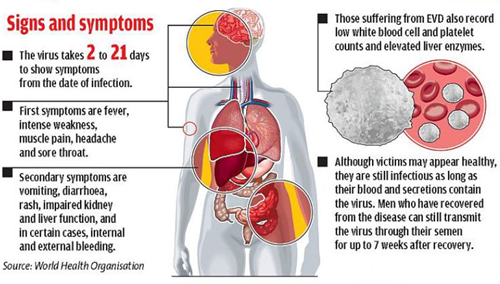 Figure 2: Signs and symptoms of Ebola. Source: WHO.