The disease has a high risk of death, killing between 25% and 90% of those infected with the virus, averaging out at 50%. Symptoms of Ebola are treated as they appear. The following basic interventions, when used early, can significantly improve the chances of survival: 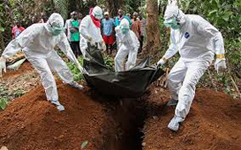 Figure 1: Ebola has a high mortality rate as no treatment is available yet.

Experimental vaccines and treatments for Ebola are under development, but they have not yet been fully tested for safety or effectiveness. Recovery from Ebola depends on good supportive care and the patient’s immune response. People who recover from Ebola infection develop antibodies that last for at least 10 years, possibly longer. It isn't known if people who recover are immune for life or if they can become infected with a different species of Ebola. Some people who have recovered from Ebola have developed long-term complications, such as joint and vision problems.

Antiviral medications
A number of antiviral medications are being studied. Favipiravir, approved in Japan for stockpiling against influenza pandemics, appears to be useful in a mouse model of Ebola. BCX4430 is a broad-spectrum small molecule antiviral drug developed by BioCryst Pharmaceuticals and undergoing animal testing as a potential human treatment for Ebola by USAMRIID. Brincidofovir is a broad-spectrum antiviral drug. Its maker has been granted FDA approval to proceed with a trial to test its safety and efficacy in Ebola patients. It has been used to treat the first patient diagnosed with Ebola in the USA, after he had recently returned from Liberia. Lamivudine, usually used to treat HIV/AIDS, was reported in September 2014 to have been used successfully to treat 13 out of 15 Ebola-infected patients by a doctor in Liberia, as part of a combination therapy also involving intravenous fluids and antibiotics to combat opportunistic bacterial infection of Ebola-compromised internal organs. Researchers at the NIH stated that lamivudine had so far failed to demonstrate anti-Ebola activity in preliminary in vitro tests, but that they would continue to test it under different conditions and would progress it to trials if even slight evidence for efficacy is found. JK-05 is developed by the Chinese company Sihuan Pharmaceutical along with the Chinese Academy of Military Medical Sciences. It is reportedly being fast tracked through human trials for Ebola treatment after successful tests in mice. Lack of available treatment options has spurred research into a number of other possible antivirals targeted against Ebola, including natural products such as scytovirin and griffithsin, as well as synthetic drugs including DZNep and other newer agents.

Antibodies
ZMapp is a monoclonal antibody vaccine. The limited supply of the drug has been used to treat a small number of individuals infected with the Ebola virus. Although some individuals have recovered, the outcome is not considered statistically significant. ZMapp has proved effective in a trial involving rhesus macaque monkeys. There was no confirmation or proof that the ZMapp drug was a factor in the recovery of two American Ebola patients, however a Spanish priest with Ebola had taken ZMapp but died afterward.

Blood products
The WHO has stated that transfusion of whole blood or purified serum from Ebola survivors is the therapy with the greatest potential to be implemented immediately, although there is little information as to its efficacy. The blood serum from those who have survived an infection is currently being studied to see if it is an effective treatment. Seven of eight people with Ebola survived after receiving a transfusion of blood donated by individuals who had previously survived the infection in an 1999 outbreak in the Democratic Republic of the Congo. This treatment, however, was started late in the disease meaning they may have already been recovering on their own and the rest of their care was better than usual. Thus this potential treatment remains controversial. Intravenous antibodies appear to be protective in nonhuman primates who have been exposed to large doses of Ebola. The WHO has approved the use of convalescent serum and whole blood products to treat people with Ebola.